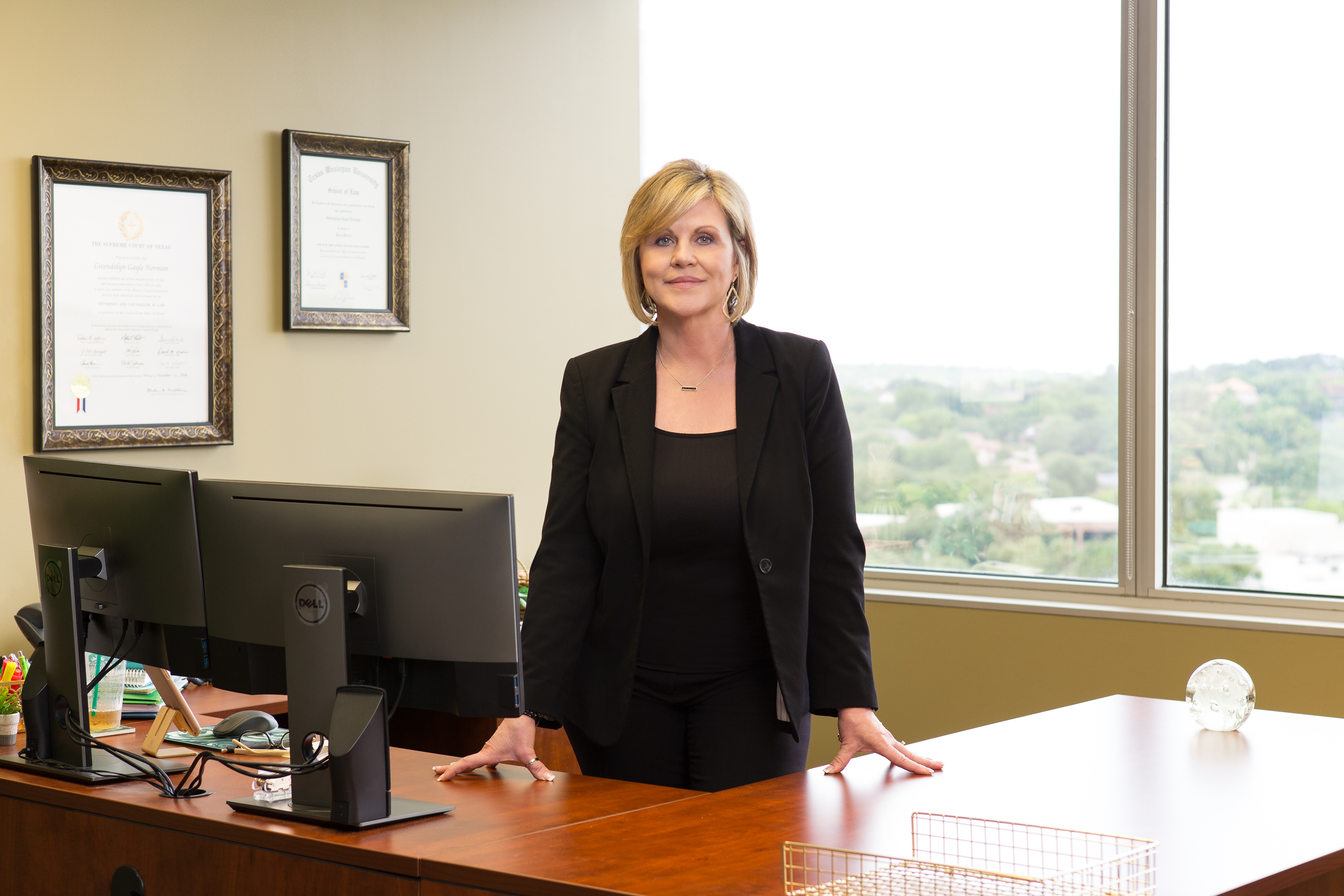 We want to congratulate Gigi Driscoll on her upcoming retirement and thank her for all of the work she has done on behalf of the school districts in Texas. Gigi made the decision to retire from the practice of law to focus on her family and switch gears in this stage of her life and while we support her in her decision, we are going to miss her tremendously.

Walsh Gallegos and the entire school law community lost a great man on August 30, 2020, with the passing of Joe Beck Hairston.  Joe Hairston, along with Tom Doyal and Jim Walsh, founded our firm 37 years ago on September 1, 1983.  A memorial service will be held on Saturday, September 26, 2020 at 10 am at Condra Funeral Home, 503 Talbot Street, Taylor, Texas.  The following is an excerpt from a tribute by Jim Walsh.

Joe Beck, as he was known, was an outstanding student and a proud Fightin’ Duck at Taylor High School.  He graduated from high school in 1956 and enrolled as an undergraduate at Harvard University.  Let that thought sink in for a moment. Taylor High School.  Harvard University.  Here are Joe’s academic credentials:  B.A. from Harvard, 1960; M.A. in English from UT Austin in 1966; Ph.D. in American Studies at University of Minnesota in 1971; J.D. from UT Austin in 1975; Master’s in Southern Studies from Ole Miss in 1995.  Between his Bachelor’s at Harvard and his Master’s at UT, Joe served four years in the U.S. Navy from 1961 to 1964.

While at UT Law, Joe met and formed a lifetime friendship with another law student, Tom Doyal.  All three of the original lawyers at the firm were at UT Law at the same time, and we all graduated in 1975. But I did not know Tom or Joe and they did not know me.

After law school, Joe went to work at TASB when it was a very small organization. There was no TASB Risk Management, and the policy service was just getting off the ground. In fact, Joe was the principal author of the original version of the policy service.  If he had done nothing else in the world of Texas school law, that alone would have been a significant legacy.  Through odd coincidences best told by Tom, they both ended up at TASB.  Tom did not stay too long, leaving for a solo practice, which gradually grew to four lawyers, including Joe.

Doyal and Hairston left that firm on September 1, 1983 to form Doyal, Hairston and Walsh.  Three lawyers, one secretary.  Tom and I did not know each other well.  Joe was the connection that bound us together.  We firmed up the agreement to form the law firm in a meeting at Joe’s farmhouse in Rice’s Crossing.  It was agreed that Joe would be the managing shareholder.

Casual acquaintances of Joe saw the intelligence and wit.  Those who knew him better saw that, and much more.  Joe lived his life based on solid values of honesty, decency, fairness, and integrity.  His leadership of our law firm reflected those values and reflect who we are today.

Joe left the firm to retire from the practice of law in January 1991.  His intent was to fly to a remote island in the South Pacific, arriving in the middle of the night with no place to stay and no plans. At least that’s what he told me. Sometimes with Joe it was hard to tell where the truth ended, and the story began.  He turned in his bar card and the firm’s name was changed.  During this time, Joe traveled and pursued a master’s degree in Southern Studies from Ole Miss.  After obtaining a master’s degree, Joe returned to the practice of law in 1995.  We welcomed Joe back as a shareholder, but he did not want the firm name to change again to include his name.  We are grateful for those additional years he gave us between his first and second retirement.  Joe retired for the second time in 2011.

We are all indebted to this great man.  I’m very proud to have been Joe’s friend and law partner. 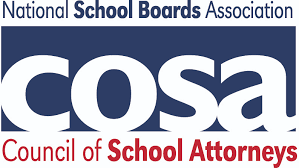 School attorneys communicate with a variety of other attorneys while representing school districts. This webinar examines ethical issues that arise in communications with other counsel, including opposing counsel, general counsel, agency attorneys, colleagues, board members who are attorneys, or state association counsel. The webinar will consider issues, such as client confidentiality, implied authorization, organizational clients, listserv or forum discussions, and shared representation. 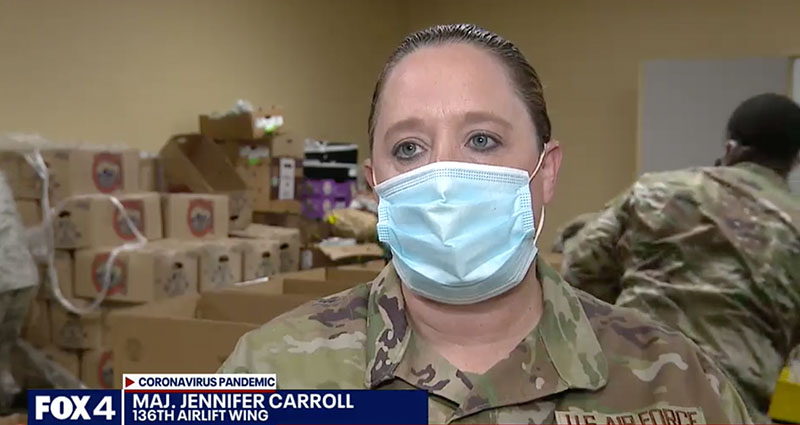 We're so proud of all of our attorneys who are making a difference in their communities, especially during a time like this.

Our very own Jennifer Carroll, an attorney in our Irving office and also a Major in the Air National Guard, is helping the Tarrant Area Food Bank with the distribution of food to families facing hardship brought on by the COVID-19 pandemic. We're so proud that she is a part of our professional family, as she truly lives out our culture of making a difference in our communities.

You can watch her being interviewed by Fox 4 News Dallas-Fort Worth here.

We are pleased to announce that Leandra Costilla Ortiz in our Rio Grande Valley office has become a Shareholder in the firm. Please join us in congratulating her on the professional achievement!

In these uncertain times, Walsh Gallegos remains committed to the mission our firm was founded on over 36 years ago—to make a positive difference in public education.

The work we do to serve our clients is critically important and we take our responsibility very seriously. We have enacted a business continuity program that protects the safety and health of our employees and their families while ensuring that we continue to provide the highest level of services to our clients. Moving forward, you can access us as you always have and receive the same level of excellent service as you always have. We know that your first priority is the health and safety of your students, your staff and your community.

We are staying up to date, hour by hour, and are ready to guide you through all the implications of the COVID-19 pandemic and how it is affecting your school district. We’re already assisting several of our clients through all areas of operations, including: how to protect and serve your students/employees, guidance in governance, requirements and actions needed around special education, and the implications with facilities & business and how to ensure your projects stay on track during this time.

For over a decade now, we have had the honor of sponsoring students all across Texas through TASB's Governance Camp (formerly known as "Winter Governance"). Each year we donate scholarships to four outstanding students and they get to share their public education journey during a panel discussion at the conference, which is led by Paula Maddox Roalson (pictured with the students in the photo above). Our Houston team (pictured in the photo below in the following order: Blake Henshaw, Morgan Beam, Melanie Charleston, Christina Henshaw, & Felcia Jimenez) can't wait to be a part of this event in 2021!

Email info@wabsa.com to learn how students can apply for the scholarship opportunity.

If you plan on attending the Texas Association of School Business Officials Annual Conference in Houston, check out our presentations:

Join Jim Walsh and Morgan Beam as they present “What Administrators Need to Know from the 86th Legislation Session”.  It will be in Room ACC, Ballroom E from 1:00 – 2:00 pm on Monday, January 27th.